Charity in the Spotlight: Max from Oma's Soep, on making soup to fight loneliness 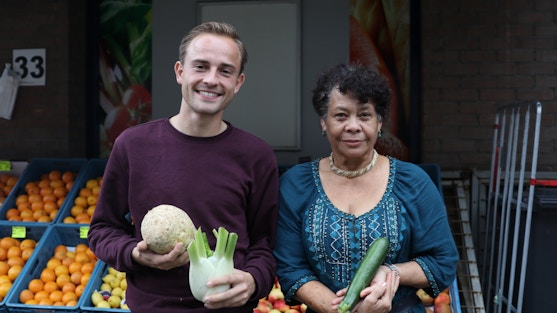 In the Spring of 2017 Max Kranendijk and Robert Croese founded Oma’s Soep ('Grandma's Soup', in English). The goal? Fighting loneliness among the elderly and food waste. One year later, we were curious to see how Max was doing!

Tell us a fun fact about yourself, unrelated to Oma's Soep

“Something fun? You mean like a fun story? Well, I’m Max and I was born in The Hague.... No, I’m just kidding. Besides my time at Oma’s Soep, I’m an avid football player; I play about 4 times a week! In general, I just keep it simple and like to act silly with my friends.”

What is Oma's Soep?

“We’re an NGO that cooks with the elderly 4 days per week in different parts of Amsterdam. Students help out too, but they all had exams this week! Usually, we’ll be sitting here with about 4-5 students. We use leftover vegetables from Marqt and buy the remaining ingredients. Mostly, we have a great time cutting up veggies, talking to the elderly, and eating some soup together.”

“The most important part is that we have a good time. For certain elderly people we combat loneliness. This isn’t the case for everyone, but it remains our main goal.”

“Yes, that’s right! Together with Robert, a childhood friend, I founded Oma’s Soep. Currently, he’s pretty busy as a neurologist in training. But, I thought it would be awesome to grow further and believe that, by selling to restaurants and supermarkets, Oma's Soep could really turn into a self-sustaining business. Right now, we still partly depend on subsidies." 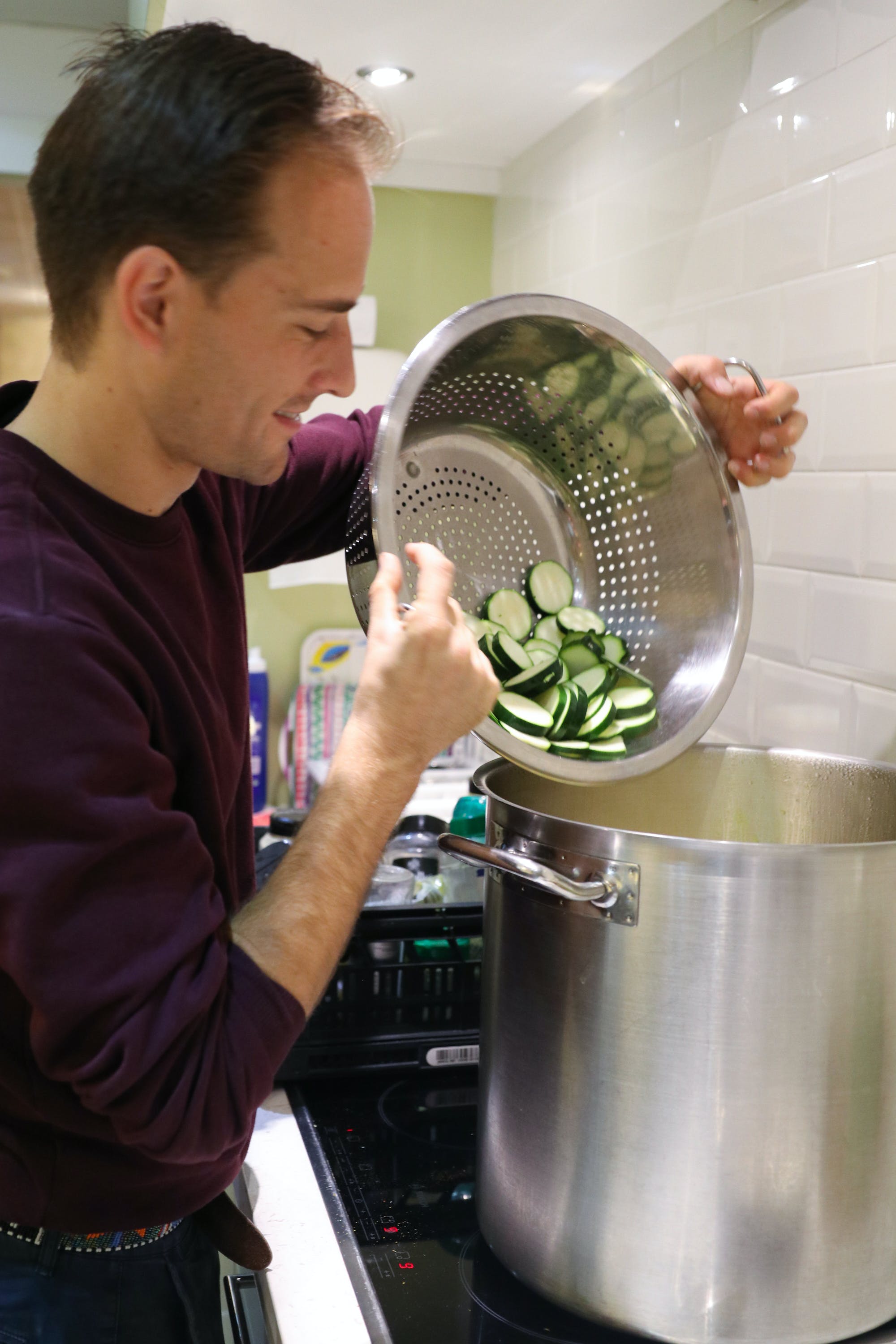 Do you remember where you were when you got the idea for Oma's Soep?

"As Robert and I neared the end of our studies we found ourselves in a pub, talking about what we would do next. During his studies, he regularly saw elderly and thought we could help out there.”

"I immediately thought of my grandmother, who happened to be incredibly good at making soup. Unfortunately, since all of her kids and grandkids moved to major cities, she become rather lonely. That's exactly when we thought, why not combine all three of these elements? It worked! We started with one cooking session and over time our efforts became more structural."

What would you be doing if you hadn't founded Oma's Soep?

"I studied Economics at the University of Amsterdam so… no clue! I certainly wouldn't be making soup. (Laughs) Despite that, I always knew I wanted to become a social entrepreneur, meanwhile I remained interested in the commercial element. At first I thought I wanted to work at large companies, but during my internships I quickly realised that wasn't for me. Everything moves very slowly.” 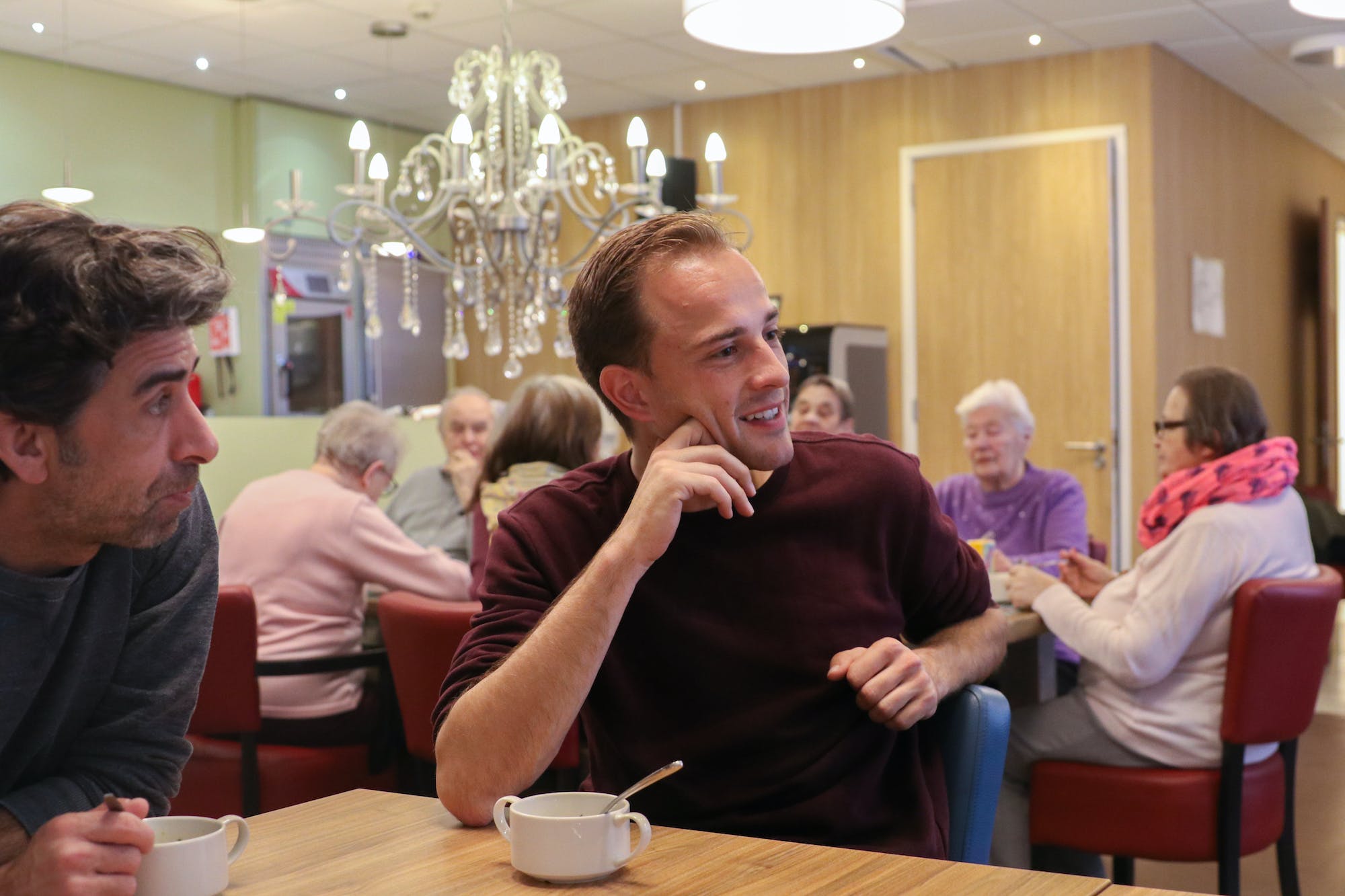 The 3 most important lessons you learned during this adventure?

"Don't think too much, just do.

Everything will take longer than you think.

"With the Dutch Minister of Health, Hugo de Jonge. My dream is to grow Oma's Soep throughout the entire country. If he could help us with that, we could help 10.000 instead of 100 elders a week, beyond Amsterdam."

So the main goal remains...?

"To have as many grandmas and grandpas as possible experience an awesome day. For some elderly this will lead to a decrease in loneliness, and for others it'll just offer some distraction."

One last question: vermicelli of meatballs?

Oma’s Soep unites (lonely) grandmas and grandpas with young individuals by having them cook soups together. By doing this, elders meet new people and get to share their common passion for making delicious soups.

Wanna volunteer at Oma's Soep? Do so here!