Community meets sustainability: The ins and outs of BuurtBuik's success 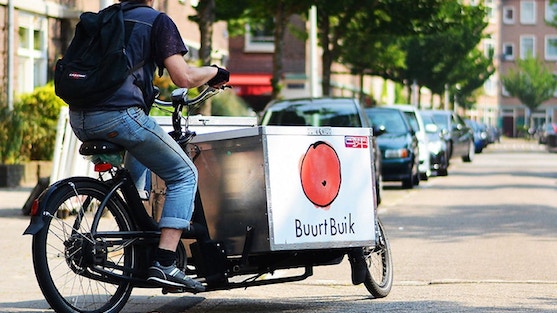 BuurtBuik's Petra Walraven, on combating food waste and bringing joy to the community. BuurtBuik's south location counts on the help of two bikes like the one pictured here and 15 riders who collect the food.

When the founders of BuurtBuik brought from Portugal the idea of an affordable community restaurant that uses food donations for meals, they had no idea they were in for such success. Today, BuurtBuik is the link between a bonding community and the fight to end food waste. We spoke to Petra Walraven, coordinator at BuurtBuik Zuid Amsterdam, about her role in the organization and how it has become a safe space for many community members to enjoy and affordable meal.

As you walk into BuurtBuik's location in South Amsterdam, it's impossible to miss the atmosphere the place brings to life. Based in a school that lends its ground floor and kitchen to the organization and their volunteers, BuurtBuik operates three days a week serving meals to members of the surrounding neighborhoods. Petra, who does not disappoint when it comes to passion and dedication, says she volunteers up to 40 hours a week to make sure BuurtBuik runs efficiently. If the people are happy at the end, then so is she.

"The most important thing is that people enjoy themselves, that they have fun," she told us. "I work hard with the people, but I also laugh and joke around with them. I want this to be an enjoyable job.”

Today, BuurtBuik Zuid runs three weekly meals - one on Tuesday, one on Thursday, and a three-course meal on Saturday. It has seven fixed locations, 25 committed volunteers and 14 suppliers who provide the food that is either cooked or given away. Among the companies that donate the food are Netflix, Tommy Hilfiger and ABN-AMRO. 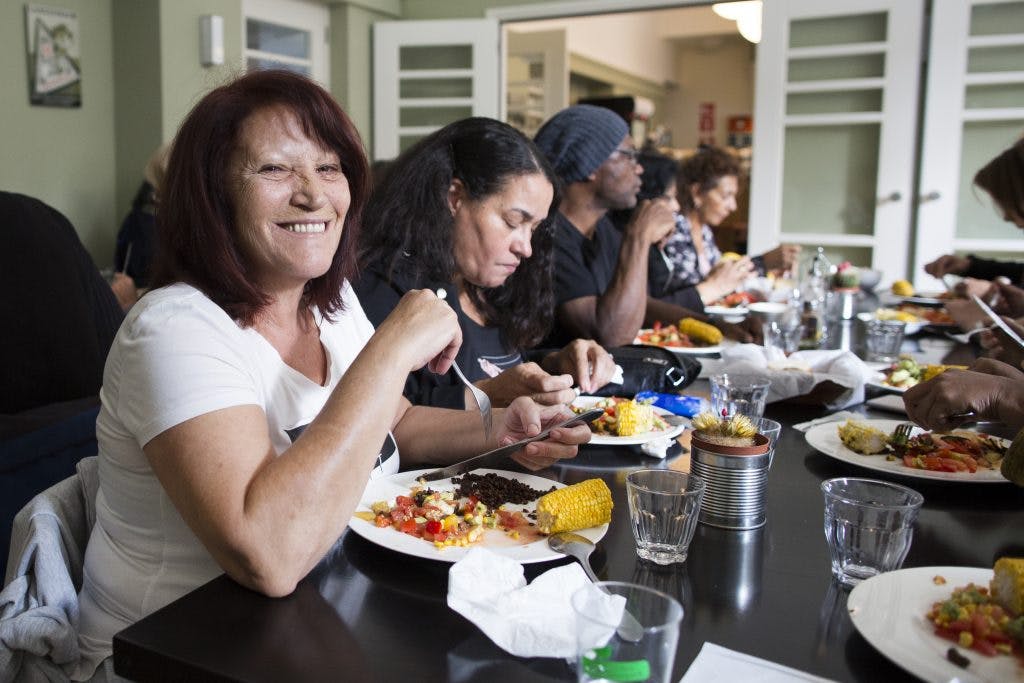 BuurtBuik also counts on the help of two bikes and 15 riders to collect the food that is donated, but what really makes the organization what it is today is its volunteers and their drive to make people happy.

Petra stressed that they are always looking for devoted volunteers, as the tasks required at BuurtBuik are the same as those of a paid jog - only with a different type of reward.

"You know you have to run it like a company, get it to be efficient. It’s just like a regular job. It’s called vrijwilligerswerk (volunteer work). It’s work."

When asked about the value of BuurtBuik, Petra said that the organization has two fundamental values (an missions).

"We have two things here, the community of people and combating food waste. Some of the people here don’t really go anywhere except for BuurtBuik," she said. "We try to bring people together, that’s the important thing for me, and of course the food that we get to give out.”

Besides the daily joy seen in the community they serve, the stories of people who benefit from the meals are the most remarkable part of volunteering for BuurtBuik, Petra told us.

"I had a woman come up to me some time ago saying, "my grandson’s birthday is coming up, and because I take some groceries from BuurtBuik, I was able to save up something to give him a present." That’s for me the real value.”