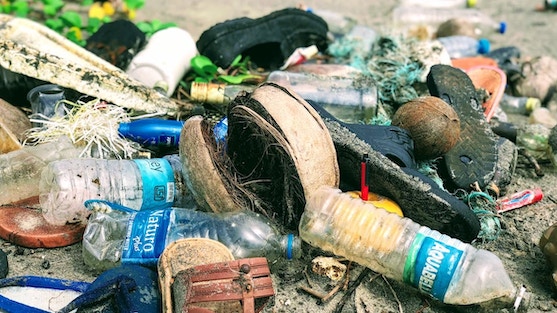 The Power of One

When the environmental catastrophe of plastic pollution dawned on Peter Smith back in 2010, he approached the media and environmental NGOs in a bid to raise awareness of the issue. He heard nothing back.

"Who listens to an artist?," he says, now standing in his warehouse studio amid an elaborate 3D jigsaw that comprises the pieces of an enormous statement.

Based on the initial silence, apparently no one listens – that is, until he built a The World of Litter and displayed it floating on the IJ. It was made entirely of recycled plastic products, its serene beauty a thin veneer over the poignant message within: humanity’s addiction to plastic is matched by an aversion to disposing of it ethically.

But Peter and his organisation, Klean, are less interested in problems than in solutions, and the first sculpture completed in 2012 lit a flame with its powerfully simple message: if everybody in the Netherlands picked up a single piece of litter every day, the country, and more importantly its lakes, rivers, and seas would be completely free from plastic pollution. Scale up those 12.5 grams per day across a fraction of the world’s people and we begin to see what Peter calls ‘the power of one.’ Not only does it elegantly harness the agency of the population, but saves hundreds of millions of euros on government campaigns. An operation costing $317 million, for instance, cleans 0.02% of what is added to the ocean; compare that to Klean’s vision, which costs nothing and would stop close to 100 percent of the problem at source.

It is often surprising how straightforward the solutions are to the problems facing our planet and its inhabitants, and yet time and again we feel disinclined to incorporate them into our daily lives. Picking up one piece of litter takes no time at all, but I ask myself when was the last time I did that.

With his background in psychology, Peter identifies three tendencies which turn us to apathy. The bystander effect causes people to align their behaviour towards others’ in their vicinity and has the bizarre effect of stigmatising those seen collecting litter. Learned helplessness breeds the belief that the power to change things comes not from the individual at the bottom but the government at the top. Active information avoidance causes people to turn aside from inconvenient truths. 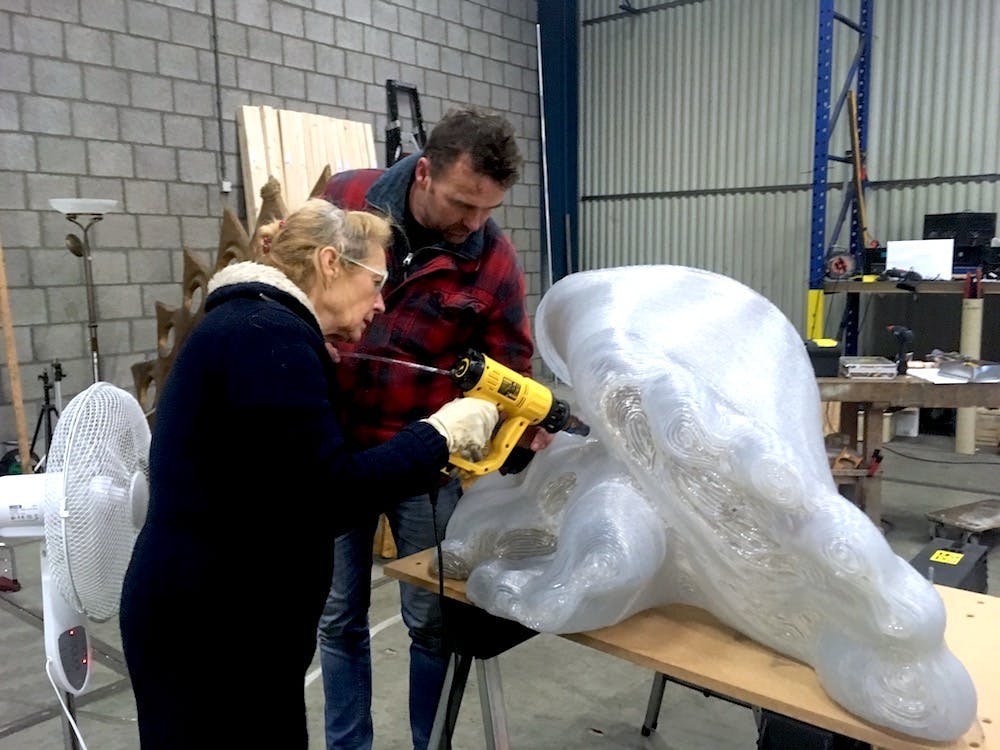 The Plastic Madonna, photo by Klean

The next installment of Plastic Madonna, Peter's famous 12-meter sculpture, on which he and his team of volunteers have been working since 2014, is not only vaster, but aims to combat all three psychological phenomena and tackle the issue from within. It makes inattention impossible; it relocates the power to affect change to the individual; it turns the abnormal act of cleaning up others’ mess into an ordinary daily habit which we can all share.

"It is a Trojan Horse," he tells me, and will be placed in towns across the Netherlands without warning or explanation. But rather than Greek soldiers, the army within are school kids – the only ones privy to the secret, given to them via video lessons sent to their schools. The idea that parents should educate their children is inverted, and instead it will be the children explaining to their mums and dads why a vast Plastic Madonna is decorating the town square.

Who better to convey the message than the very people who stand to suffer most from the problems created by previous generations? The image of a mother breastfeeding her baby is poignantly situated between the nurturing of new life and the destructive effects of plastic products entering the food chain. The message is hard to ignore: what parent wants to poison their child? What action is too great to reverse the crisis? When the solution is as simple as bending down to pick up a discarded bottle in our path, how can we refuse?

The message we can take from this piece of art is intrinsically linked to its means of creation. The materials for the 3D printers and welders were donated into litter disposal bins across The Netherlands – over one hundred thousand plastic products, all processed into usable materials – making this one of the largest community art projects ever. I watch as Peter guides a plastic rod over the grooves of Madonna’s foot, melting beneath the heat gun held by artist and volunteer Yvonne’s steady hand. The team of volunteers drawn in by Peter’s vision are the lifeblood of the project. They have given their time, learned new skills, and made friends as they build piece by piece.

The problems that the project combats are global ones, and may only be solved by co-operation across the planet. Klean and The Power of One are doing just that: they have brought people together from across the world to share in crafting the solution for plastic products waste.

"People believe picking up one piece of litter won’t make a difference," says Peter. "We are turning this belief around."

All that is required is a simple change in habit that costs next to no effort. The question for us is, will we listen?