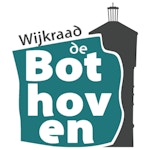 The district council is an independent and independent advisory body. District councils have been established in the context of administrative renewal. With the formation of a neighborhood council, a municipality wants to give citizens more influence on, among other things, the spending of public money. The ward councilors are committed and active people who live or work in the ward. They are elected democratically or not by local residents, or they register themselves. The district council advises the municipal executive, solicited and unsolicited, about developments and/or problems in the district.

What does the district council do?
Organizing neighborhood meetings;
Maintaining a website and sending newsletters;
Participate in the preparation of municipal plans;
Supporting residents' initiatives;
Assess district budget requests
Solicited and unsolicited B&W advice on matters affecting the city centre;
Monitor and contribute to committee and council meetings;
Translate content to English
We use cookies to ensure you get the best experience on our website.Read our Privacy Policy