Interview with Julius Weise of the Welcome App 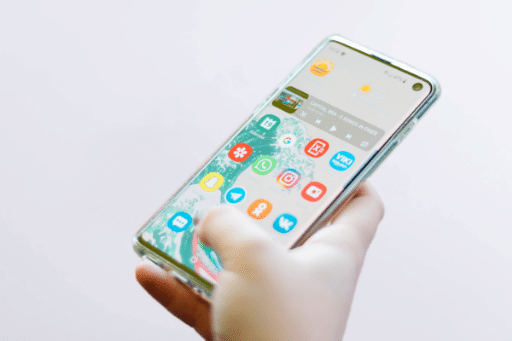 The month of February was dedicated to loneliness and social inclusion at Deedmob. We were looking for inspiring stories of people who create more inclusion on a daily basis. Our interview with Welcome NL founder Julius Weise, formerly known as Blendin, could not be missing!

How did the idea for 'Blendin', now 'Welcome NL' arise?

"For my studies in Cultural Anthropology I moved to Bologna, Italy in September 2015. Here I happened to come into contact with a large group of West African refugees of my own age. We often played football together and became close friends. I saw the hopelessness of the situation of these boys. Inspired by these friendships, I left for Lesbos that winter to volunteer for a fortnight and help people who were fleeing. My mother, brother and sister came along. After returning home, I could not let go of this issue and started looking for a way to contribute in the city where I live: Amsterdam. After a long search, I discovered that there was a large emergency shelter at the end of my street, but once inside, I found that the residents were treated like little children. They were given virtually no responsibilities in the shelter and were therefore mainly bored staring at their smartphones."

"This experience got me thinking about other solutions. Solutions that are based on the equality of people, regardless of whether they have just fled from another country or have grown up in the Netherlands. Together with my good friend Kourosh, who himself grew up in the Netherlands as the son of refugee parents, I came up with the concept of an online platform where newcomers and locals could get in touch with each other in an easy and accessible way."

"To be able to build a happy life, a network is crucial. Newcomers to Dutch society are at a huge disadvantage here. This is reinforced by the fact that newcomers and locals live next to each other. Through intensive contact with both target groups, we found out that both need this social contact, are open to each other and are actively looking for ways to fulfil this. Blendin jumped into that gap and was founded to make this possible and accessible."

"We have since partnered with the Swedish organisation Welcome and designed and released a Dutch version of their app in December 2018. After the first two months, we have more than 2,000 users and there have already been meetings between newcomers and locals in 28 different villages and cities in the Netherlands!"

Before this particular adventure, you were already well on your way as an entrepreneur & founder of the fair trade shoe brand, MIPACHA. How is running an NGO different from scaling a start-up?

"A big difference is in the funding. Our app is free for users and there is also no advertising through our platform, so we have to get our funding from somewhere else. Since we are a non-profit foundation, we cannot target regular investors. As a result, we have many different stakeholders, which can be quite difficult at times. We focus primarily on newcomers who need social and professional contact with Dutch people. Therefore, we also need to activate Dutch people who are open to meeting this need. Finally, of course, we have to keep our organisation afloat, so fundraising is a big part of my responsibility. This is very different from my previous company where our target group was also directly the paying consumers.

We see it more and more: online tools & networks that create more offline, social cohesion. Does this trend, in your opinion, indicate a lack of effectiveness of traditional methods?

Difficult question, if by traditional methods you mean the church, the community centre, the school and the sports club then I think I agree with your statement, although I think these places are actually the best methods for social cohesion. The problem is that they are less and less able to fulfil this role these days. When I look around me, it is clear that we all seem to be incredibly connected to each other through all the social media, but that social interaction with strangers or people outside your 'own bubble' hardly ever takes place, while many enriching experiences arise from that. I also think that our generation is increasingly looking for a way to contribute to a better society or a better environment, but wants to do so in a way that fits in with the spirit of the age (read: their lifestyle). Nowadays, this needs to be packaged in an accessible, quick and positive way. We want to offer tools for that."

Which meetup has stuck out to you the most?

"When we were just a few weeks live with our new Welcome app, Hani from Yemen posted a lunch invitation. He invited a number of people to join him for a barbecue on a Friday. Super fun of course, but Hani lives in the AZC in Luttelgeest. Perhaps the smallest village in the Netherlands. My colleague Pepijn had sent him a message in the app to thank him for his invitation but also to tell him that there was not much chance that a Dutchman living near Luttelgeest would be active on our app. Hani thanked Pepijn and said that he would post an invitation every week until someone responded. We did not have to wait long for this because the next day Edwin, a Dutch user, responded to Hani's request with: "finally something in my neighbourhood! I'm in!'. Since then, Edwin and Hani have been in close contact and have had lunch together several times. I think this is such a great example because it shows the power of the platform. We would never have been able to put someone in touch with Hani because we don't know anyone in Luttelgeest, but by bringing supply and demand together on the platform, people find each other!

Being at the right time, in the right place is a decisive factor for success for many companies. How applicable was this for you?

"Yes and no. No in the sense that if we had been able to put this in full time 3-5 years ago then we would have been able to set it up better financially at that time and go along with the 'hype' that was there at the time around the whole story of immigration. On the other hand, we are convinced that the importance is enormous now. The largest number of newcomers have been in the Netherlands for around three years and have had language lessons and accommodation. This is often the moment that they are let go by other organisations and that building a social network becomes important. If that doesn't happen, they fall into loneliness."

Rigid mindsets, polarisation & sceptics. What is your remedy?

"An inspiring meeting with someone from a completely different background or culture can change all the sceptics and fixed mindsets. It is up to us to reach these people and convince them. Polarisation is a major social challenge today and our app is going to stand in the exact opposite direction. But you will understand that this is an exciting challenge!"

"The topic of refugees and integration is losing its urgency in the daily media, and conservative and right-wing politics continue to grow. At the same time, the challenge for newcomers to integrate is actually increasing. The largest group has been in the Netherlands for a few years, has a status, a house and speaks the language, but has no social network. I am still surprised every day by the number of newcomers who still don't really know a single Dutch person. How can we expect someone like that to really master the language, find a job and thus integrate?"

"It is up to us as a society to see that it is in everyone's interest that the large group of newcomers living in the Netherlands can come along in our society and be of significance. Then we will really make a difference. Something as simple as inviting someone to lunch can have a real impact.

Apart from numerous successful meetings, what are you looking forward to this year?

"This should be our year. We have had the past few years to learn a lot, gain experience and build up a large network. The Welcome App works and proves that there is a need for a platform where newcomers and locals can easily and quickly connect and meet. We have set up a number of crucial collaborations and we now know exactly which part of the integration we are focusing on. In May, we will host the Meterhuis in Westerpark and roll out a broad programme there as an extension of our app. With a freedom dinner, music events, film evenings, art exhibitions, workshops and a walk-in language café. We will keep track of how many newcomers and locals meet at this location, just like the Welcome app does. We hope to provide a refreshing perspective on migration, integration and cultural diversity, and of course to generate a lot of attention for our app."

"The following summer will see our food truck at many large festivals, where it can also be seen as an extension of the app; a mobile meeting place. If all goes well, by the end of this year, after Sweden, Norway and the Netherlands, the Welcome app might be active in another European country! Fingers crossed!" 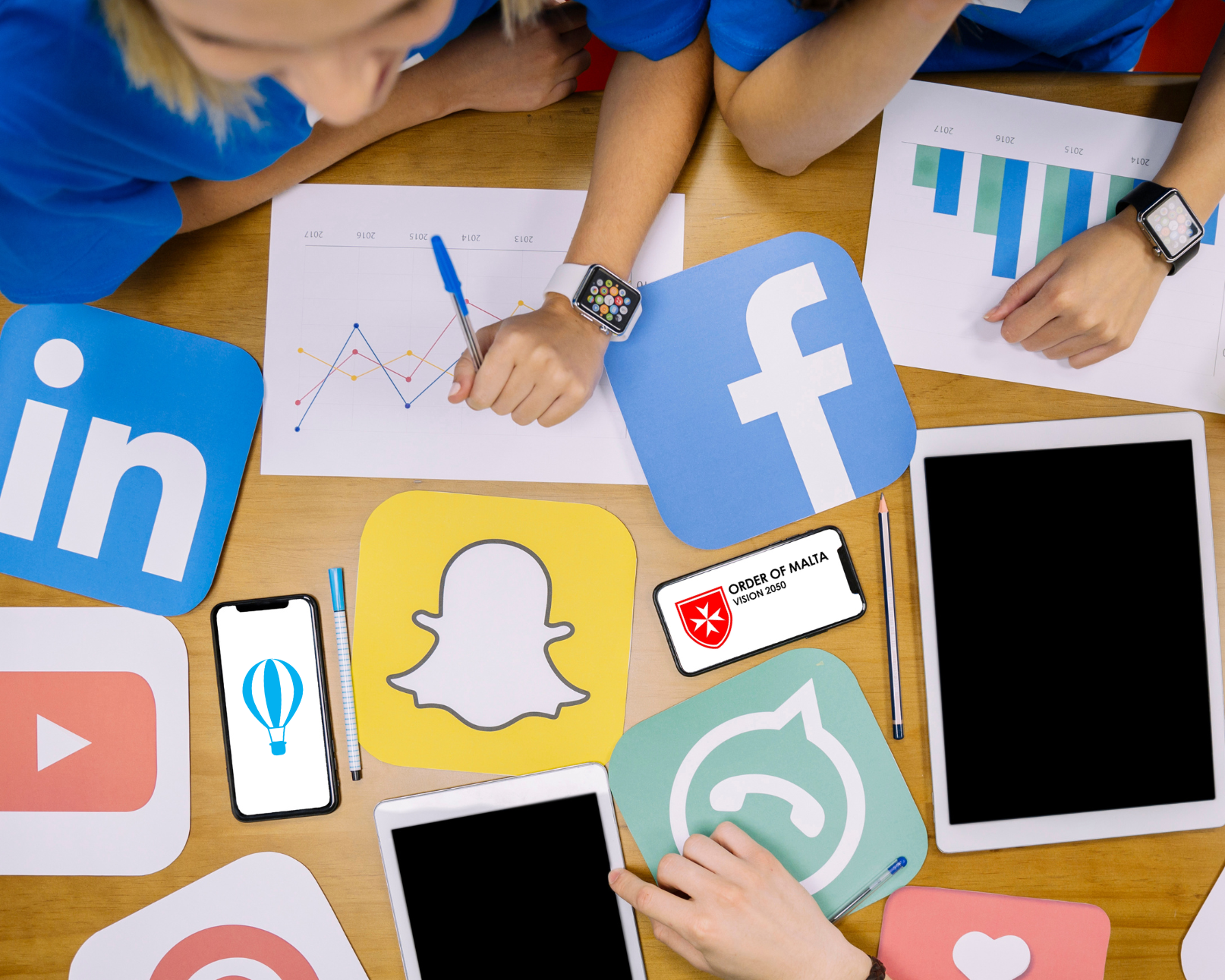 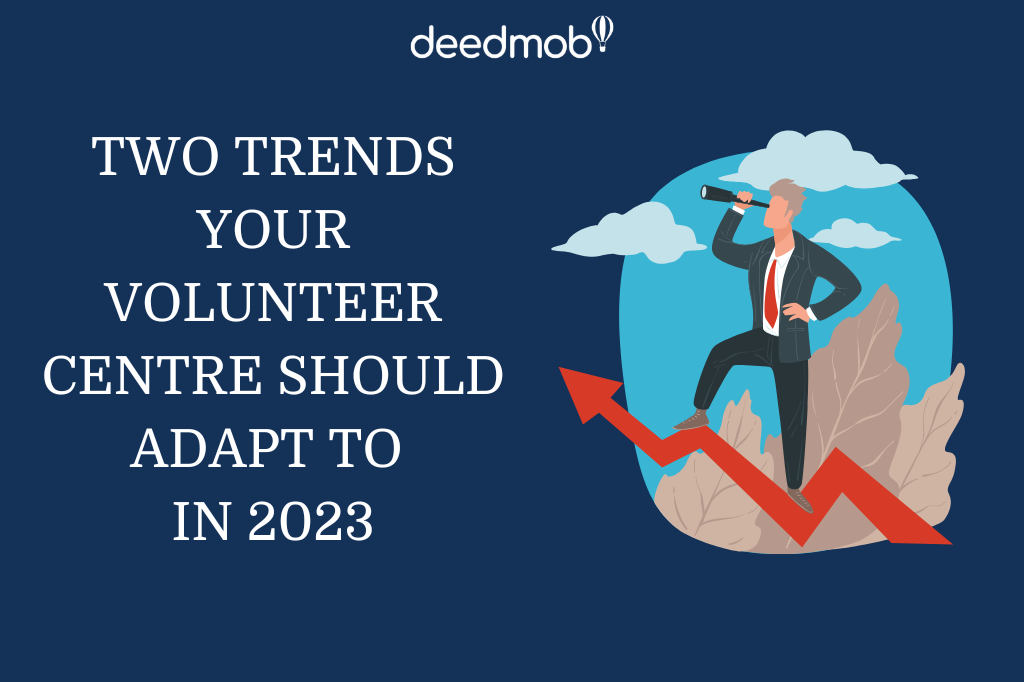